skip to main | skip to sidebar

Morrissey has made a donation to a youth club which was immortalised in an album cover by his former band The Smiths.

The pop star posed alongside ex-bandmates Johnny Marr, Andy Rourke and Mike Joyce outside the Salford Lads' Club in their home city of Manchester for the artwork of their 1986 album The Queen Is Dead.

And now Morrissey has pledged GBP20,000 to help restore the building, which has become an iconic part of The Smiths' history.

Club secretary Brian Ball says, "Morrissey and the Smiths made a big difference to the Salford Lads' Club by having their picture taken outside in 1986... it's a marvellous gesture."

MUSIC legend Morrissey has given a gift of £20,000 to the youth club he made internationally famous.

Salford Lads Club became a mecca for devoted fans of the singer, who fronted cult Manchester band The Smiths, when it featured in the artwork for their 1986 album The Queen is Dead.

But they suffered a massive setback when thieves climbed scaffolding to steal guttering and lead from the roof in July. Now Davyhulme-born Morrissey has given the fundraising team a surprise reason to celebrate.

Project manager Leslie Holmes said: "Fans travel from all over the world to visit Salford Lads Club. I think they will be as delighted as we are by Morrissey’s support. I imagine it is their dedication that made him aware of our cause and I hope his contribution will now alert others to it.

“It is an unexpected and wonderful gesture, particularly coming from a Manchester lad – it does a great deal for relations between the two cities.”

Although the singer was never a member of the club, a room inside was dedicated to The Smiths in 2004 – its centenary year – for the international attention brought by the iconic black and white photo used for the album, which is now in part of the collection at London’s National Portrait Gallery.

The red-brick club, in St Ignatius Walk, Ordsall, is used by around 200 members and is one of the few original lads’ clubs still standing in England.

It remains virtually unchanged from its heyday with original fittings including a boxing ring, snooker rooms and a brick-walled gym with a viewing balcony.

The club is now open to girls and boys. It falls within a regeneration area and developers LPC Living helped raise the first £250,000 for crucial roofing work.

But July’s vandalism left the restoration fund short of the same amount after it was used to pay a security firm had to be paid to monitor the site.

Morrissey’s donation pushes the fund back up to the £330,000 mark and will be used to put insulation into the roof and carry out work on the ceiling.

Club secretary Brian Ball added: “Morrissey and The Smiths made a big difference to the Salford Lads’ club by having their picture taken outside in 1986.

"They were never members of the club and didn’t even come from Salford, so it’s a marvellous gesture by Morrissey to give support to the future of our club.”

Morrissey’s manager, Merck Mercuriadis, said of the donation: “The donation is a reflection of how important the Salford Lad’s Club and its future is to Morrissey. This was meant to be a private gesture but we have agreed to allow it to be made public at the request of the club directors as they felt very strongly that it would encourage further contributions and guarantee the success of the campaign and the club’s survival.”

The fund benefited from another cash boost when property tycoon Chek Whyte gave money to the roof project after working undercover in the city as part of Channel 4’s Secret Millionaire programme. 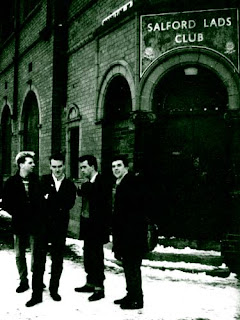 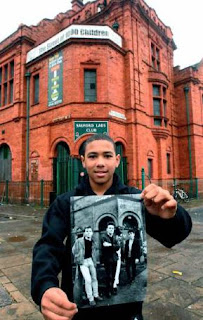 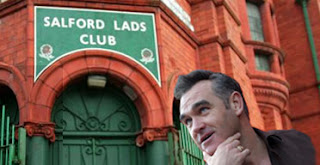 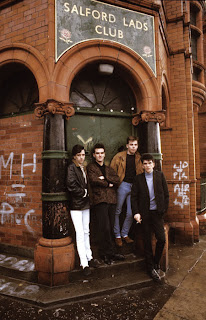 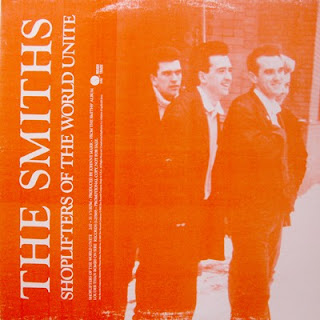 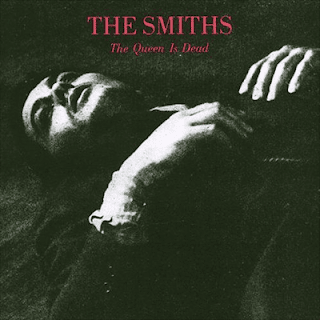 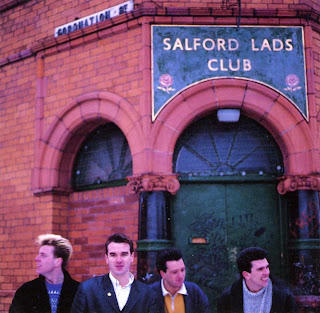 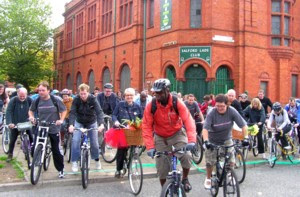 Posted by AMBITIOUS OUTSIDER at 17:35